Help and Support for Airport Design Editor and other ScruffyDuck Sofware

How do I add a new airport?

There are over 26,000 airport in most versions of the simulator.  Even so there is going to be at least one that you might want to create and add.  Sometimes this will be a local strip that is not in the simulator.  At other times it could be a new fictional airport.  This tutorial is about adding an existing airfield into the Sim using ADE.  The airport is called Talgarth and is located in the Brecon Beacons in Wales.  It is actually the home of a gliding club but it can be used by micro lights and other small aircraft. 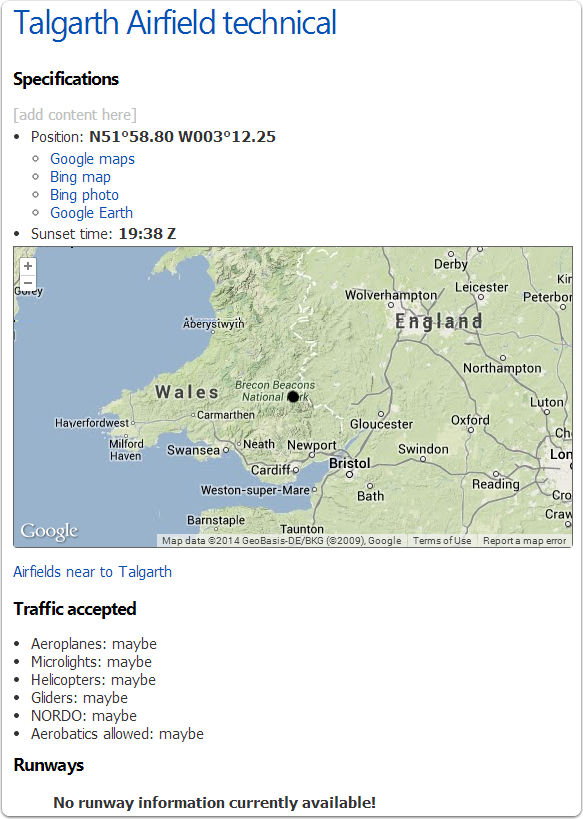 We need the coordinates of the airfield and the reference altitude.  Some information about the runways would also be a help but there is none of that here.   Fortunately the airfield is quite clear on Google Maps so we can get started from there 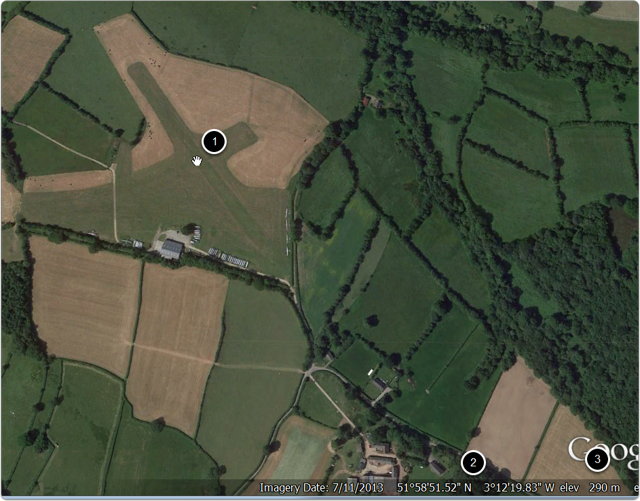 From here I can determine:

and that is enough to get me started

Get the runway size and heading 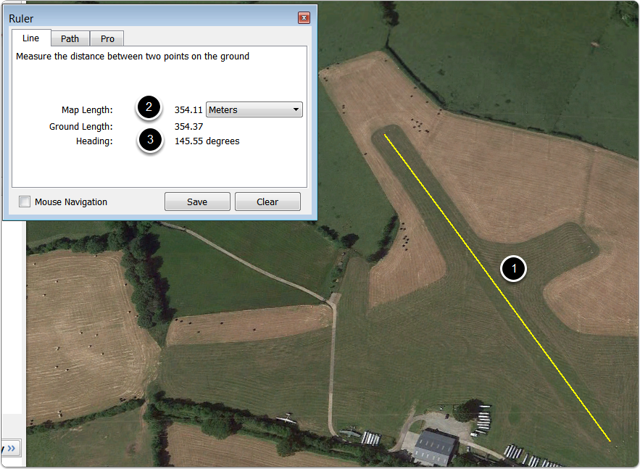 Zoom: Get the runway size and heading

I used the ruler across the runway to get the width.  It varied a bit which is not easy to handle in the simulator so I set it to 20 meters 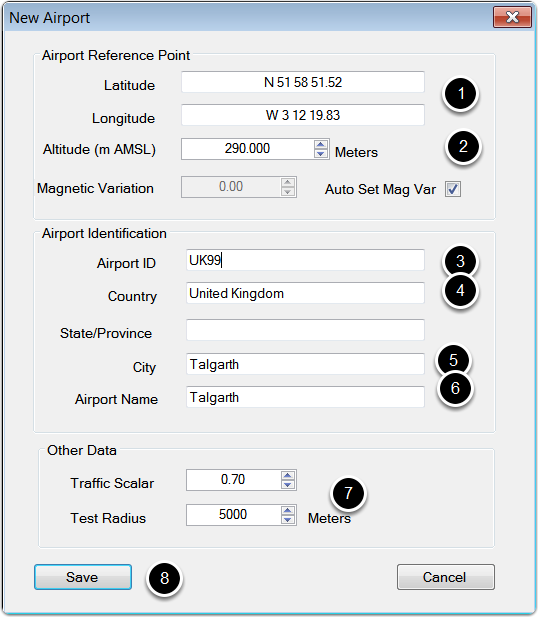 Check your work so far 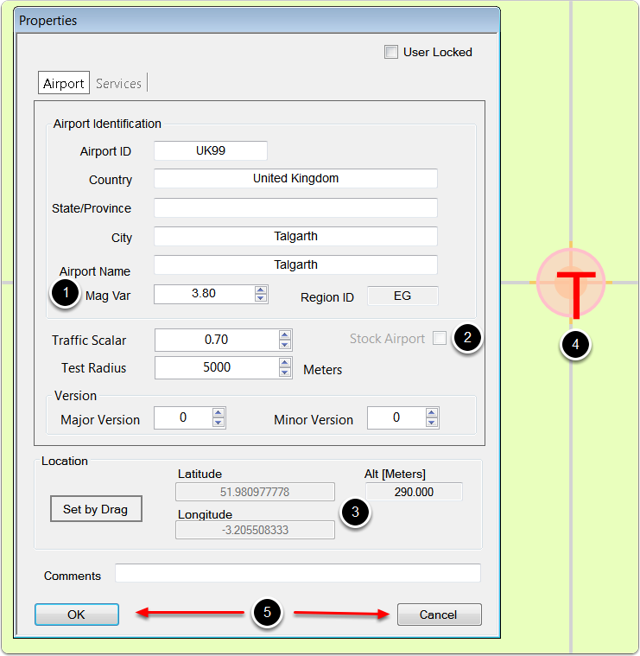 Use File > Airport Properties to re-open the Property Dialog

Save the new airport project 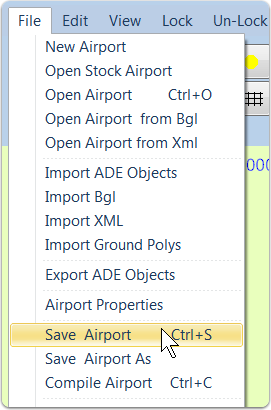 Make sure you save the project now. 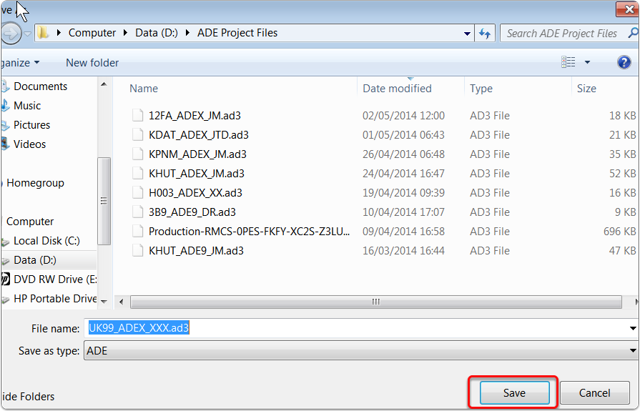 ADE will give you a name but you can change that if you wish.  Click the Save button to save the project.

Next jobs will be to: 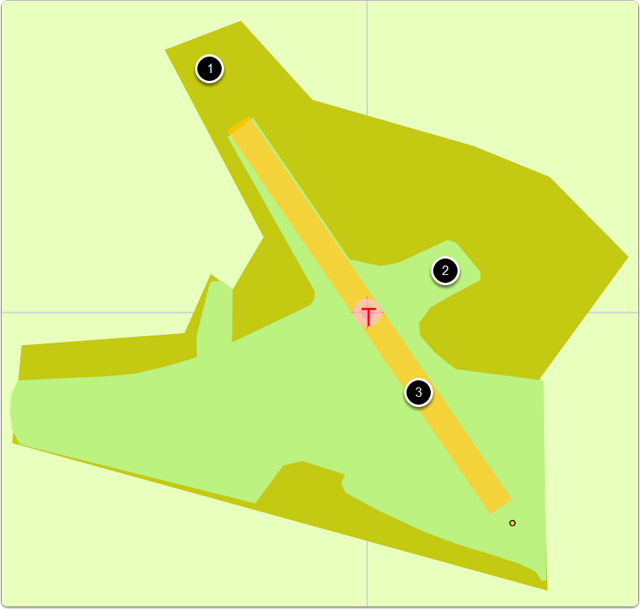 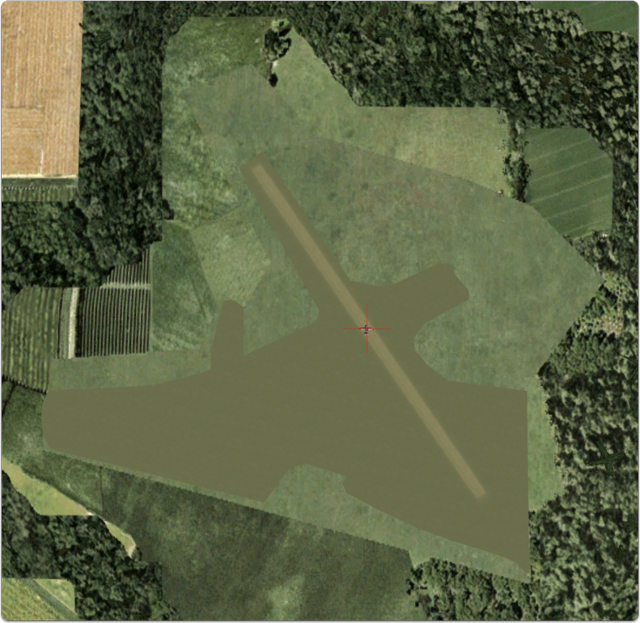 So how to I take the airport and actually put it into fsx?

I know that but what do i do with the .bgl file after I compile it